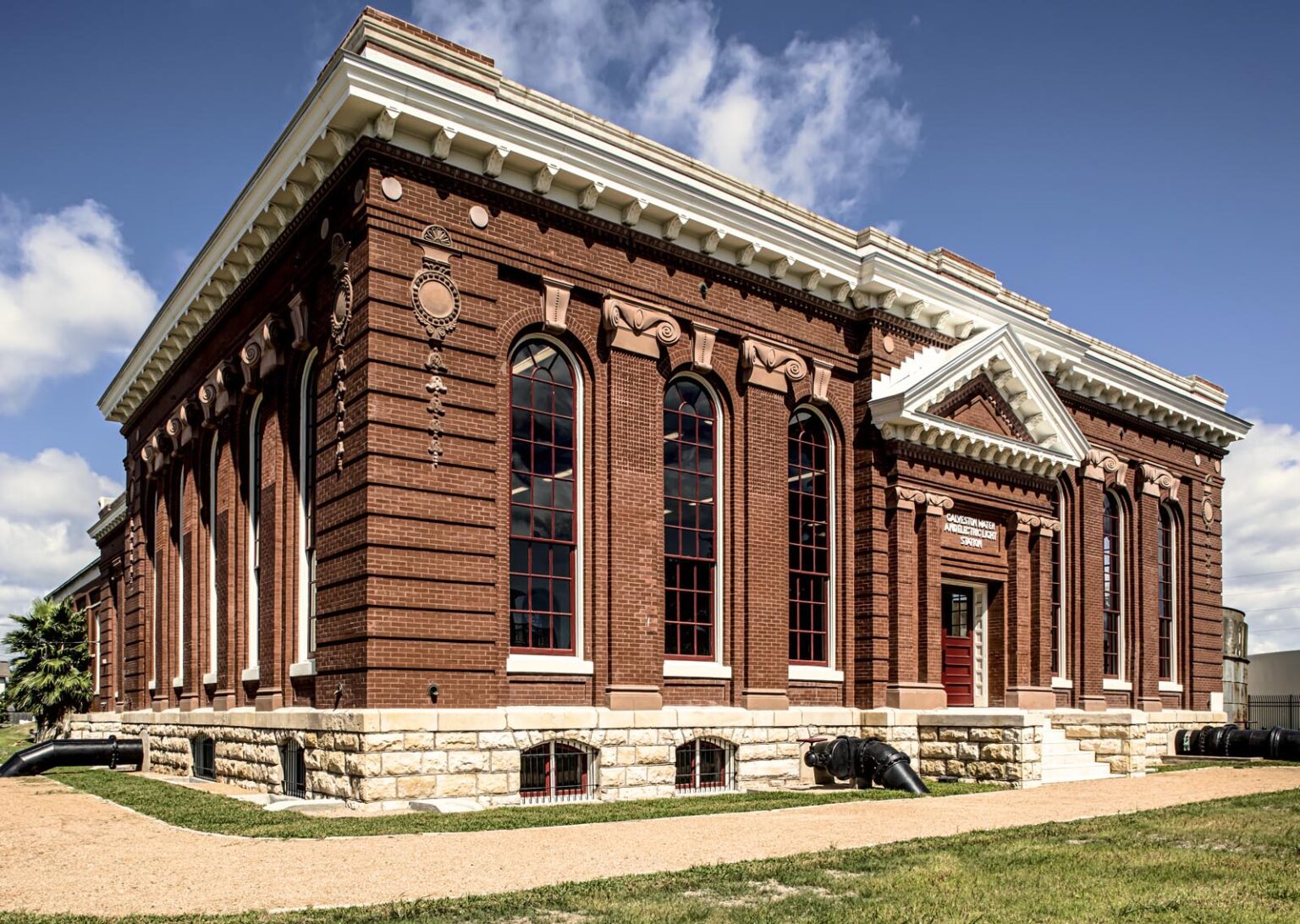 The red brick “Galveston Water and Electric Light Station” was built in 1904 atop the buff limestone foundations of the earlier 1889 pump station that was destroyed in the 1900 hurricane. Designed by prominent Galveston architect Charles William Bulger (1851-1922), the monumental arched wood windows and elaborate pressed metal cornice recalled the baths of ancient Rome, a fitting metaphor for the building that was the center for Galveston’s public water distribution system for over a century.

The City of Galveston and the Texas General Land Office, with historic preservation architect Dohn H. LaBiche, FAIA of The LaBiche Architectural Group and partial funding under the Texas Disaster Recovery program, rehabilitated the Pump Station as a community center for the rapidly expanding surrounding neighborhoods. Elements of the original pump station equipment, signage, and hardware are on display to inform visitors about the building’s history. One of the original 1889 water tanks, east of the building, also remains.

A native of Indiana, Bulger practiced in Kansas and Colorado before moving to Galveston in 1891, where he designed many commercial and residential buildings, over a dozen of which survive. He moved to Dallas in 1904 and, with his son Clarence as a partner in the architectural practice, built high-rise commercial structures and over sixty churches in the North Texas region. Two of his churches, in Dallas and Texarkana, served as models for the reconstruction of the Bulger’s idiosyncratic Ionic cornice and entrance pediment that have been fabricated in long-lasting fiberglass. This iconic building will serve the citizens of Galveston as a meeting, party and wedding venue.

This building originally contained two rooms, one for the electric generator and the other for the water pumps. The main meeting room is surrounded by thirteen-foot tall original double hung wood windows and large cypress doors which were removed cleaned to bare wood and repainted in the original 1904 color scheme. The floor contained pits which housed the water pumps that supplied Galveston with drinking water until the 2000’s. The pits were filled and a new slab poured over the old openings. The interior color scheme is from renovations done to the building in the 1930’s.

The rear room was converted into a catering corridor, public restrooms and a smaller meeting room. A mezzanine was created over the restrooms for the new mechanical room. 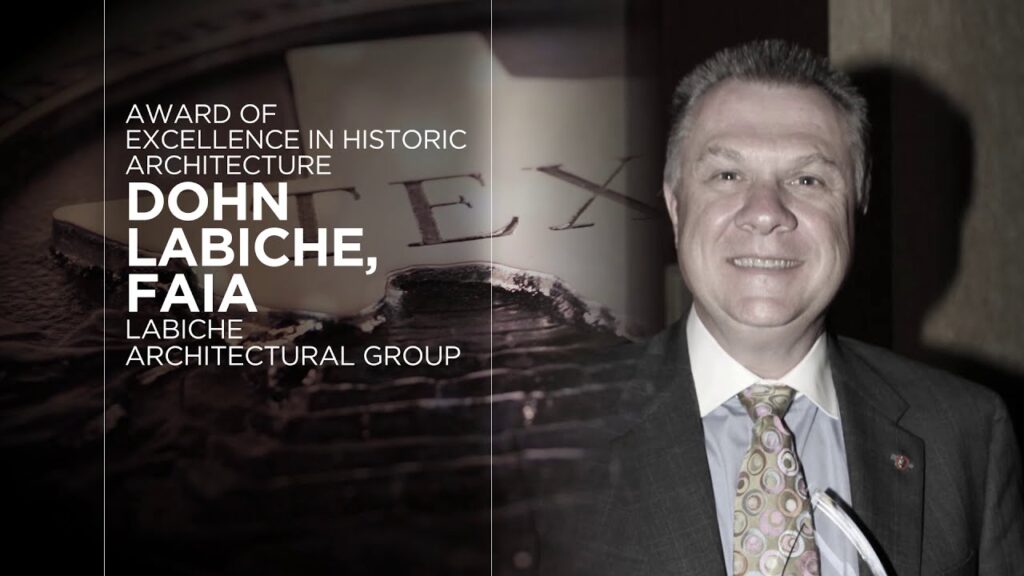 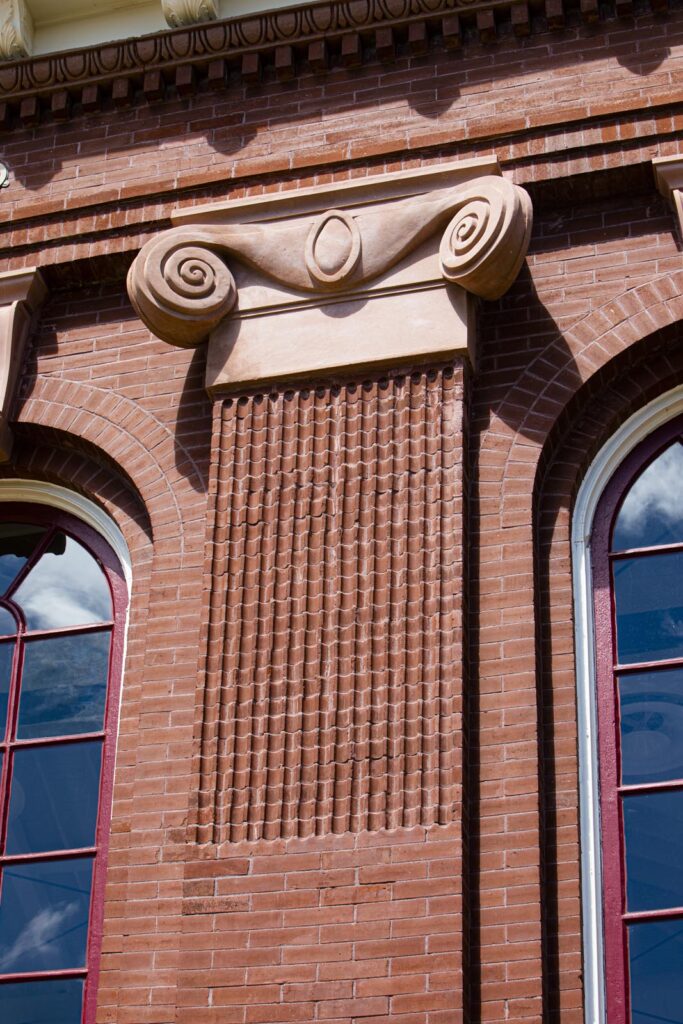 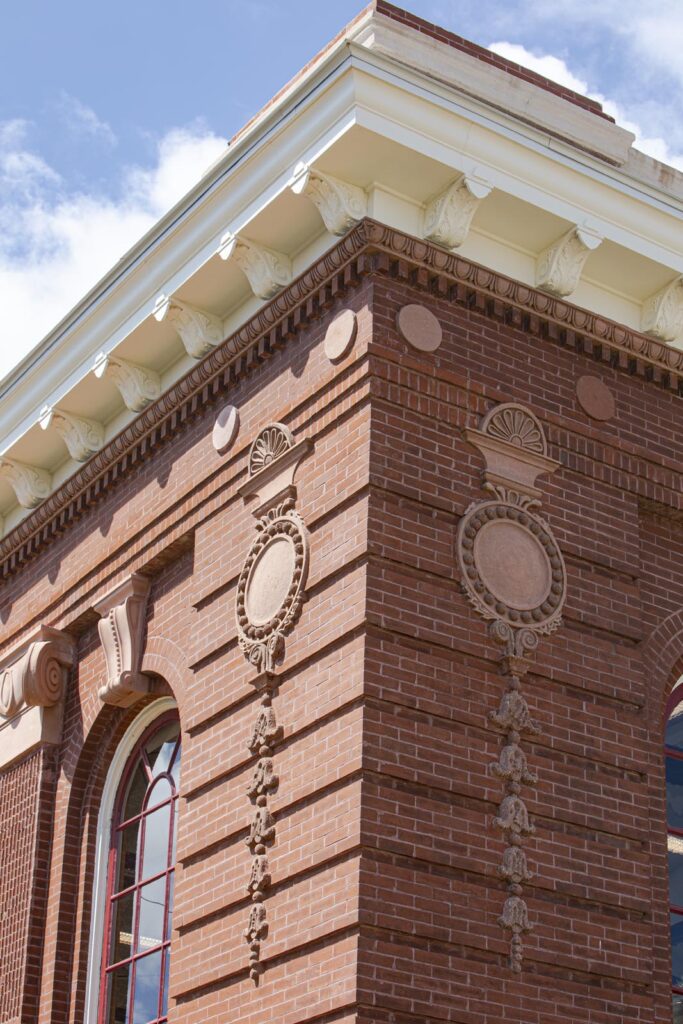 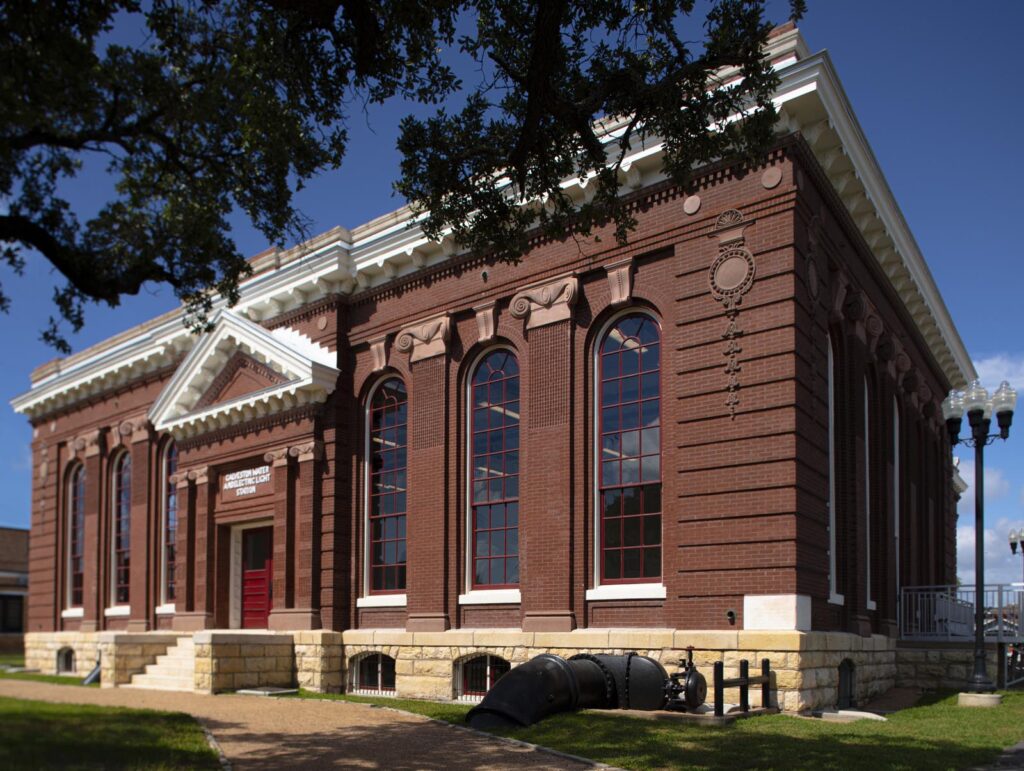 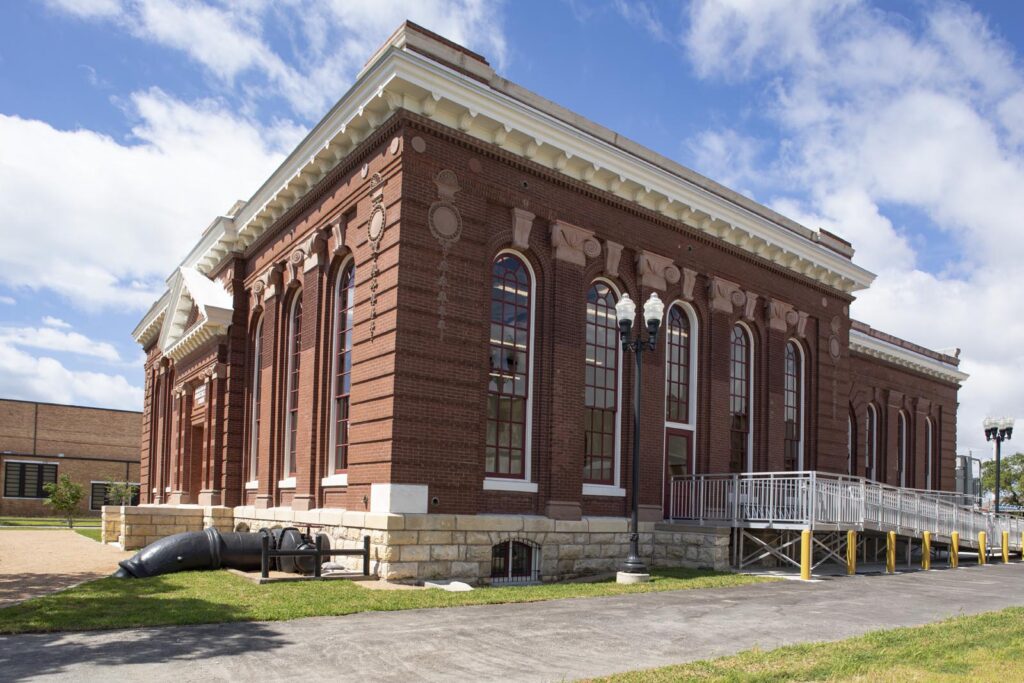 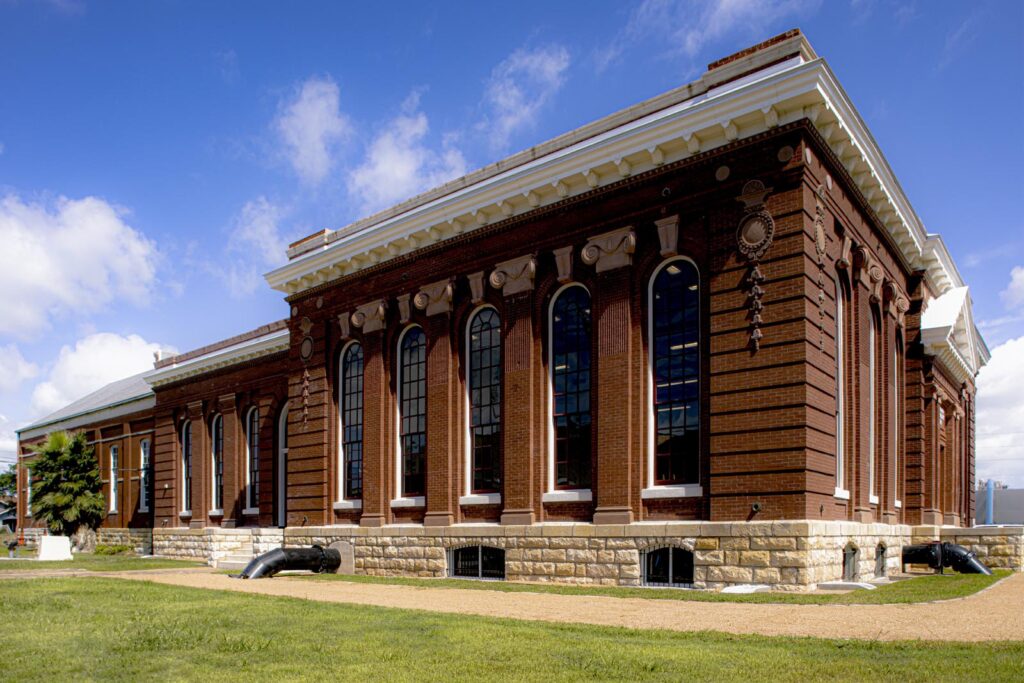 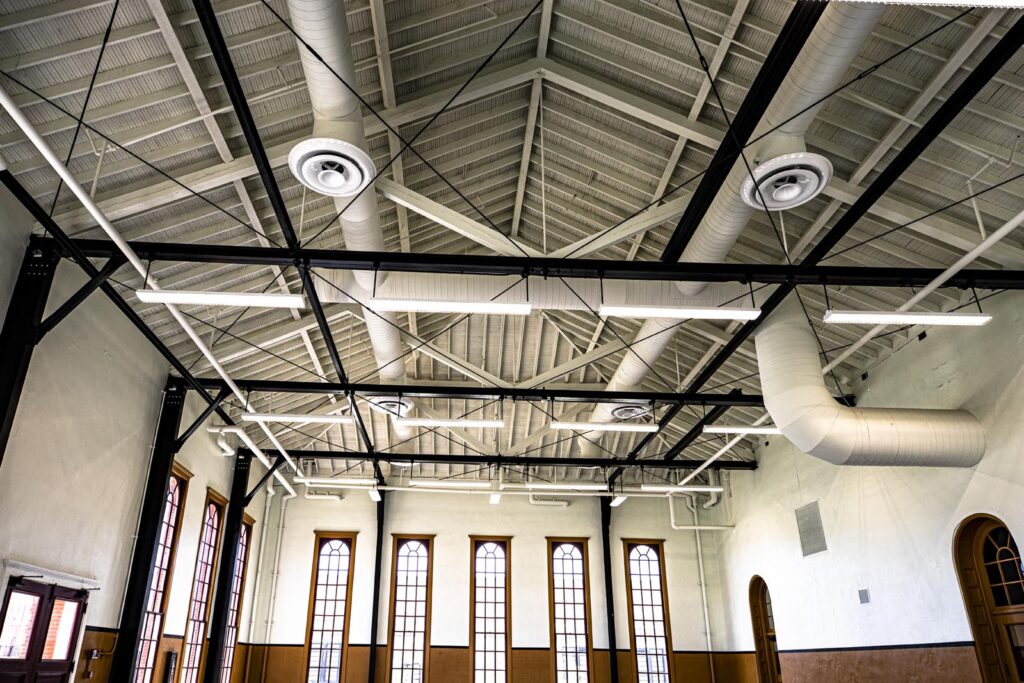 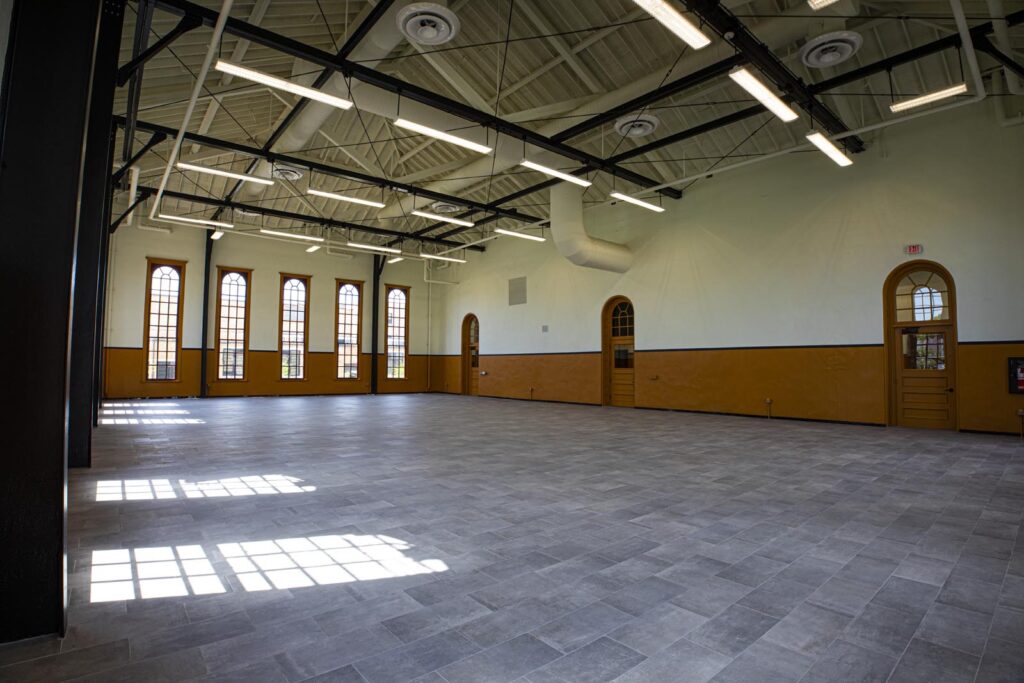 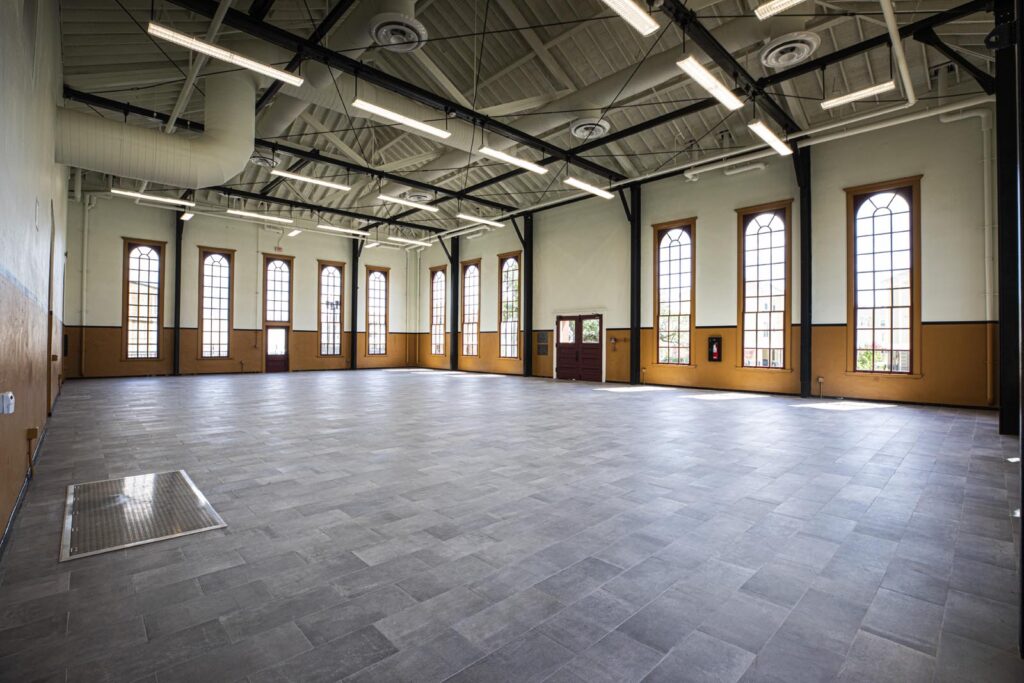 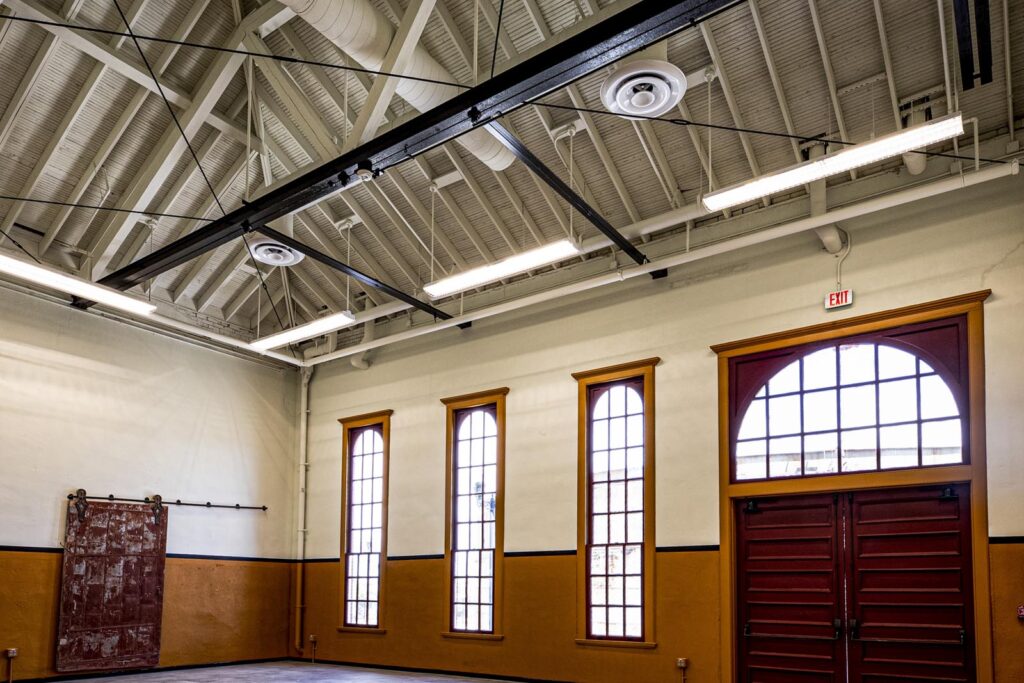 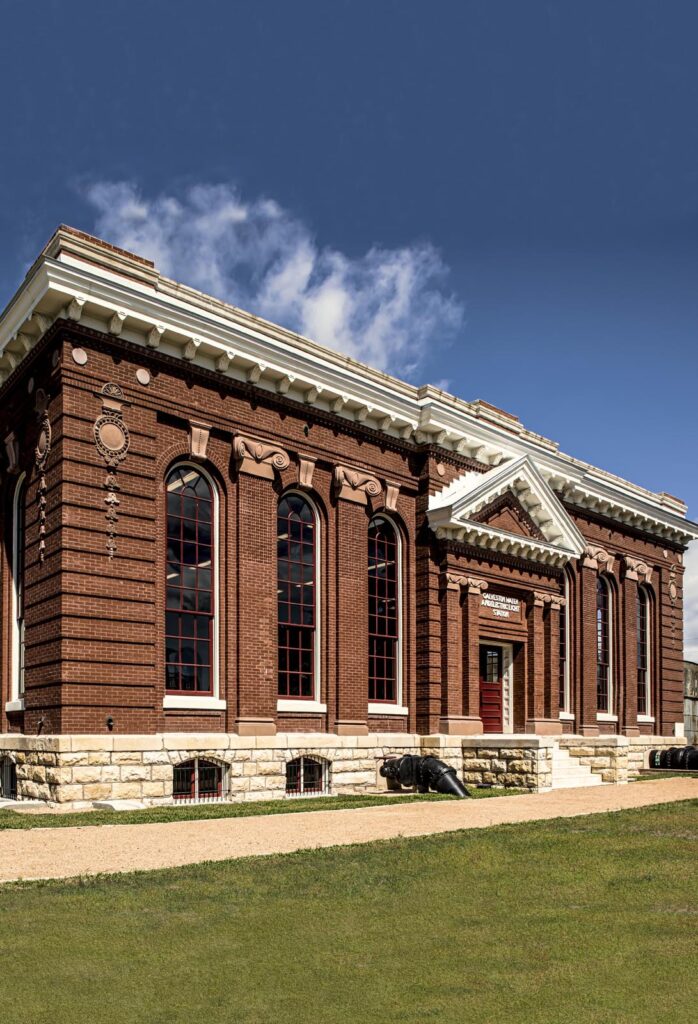 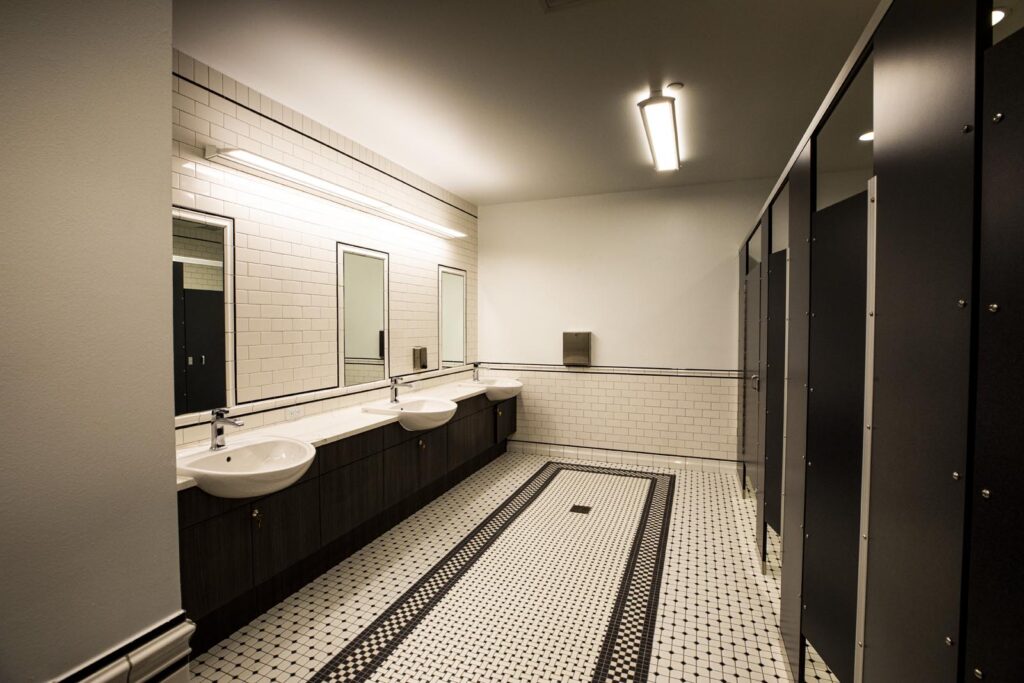 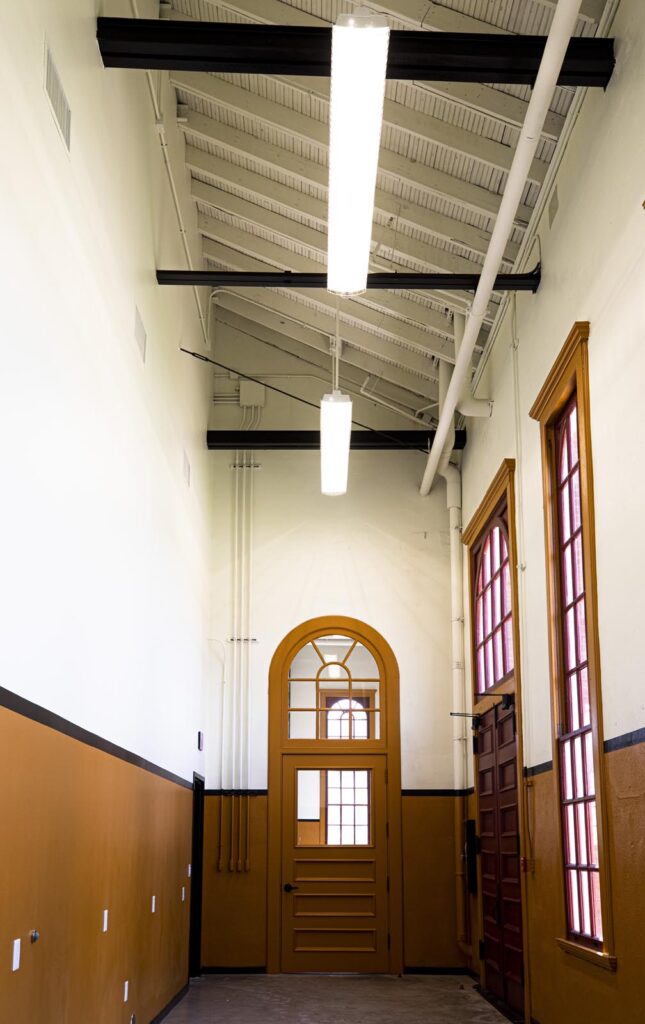 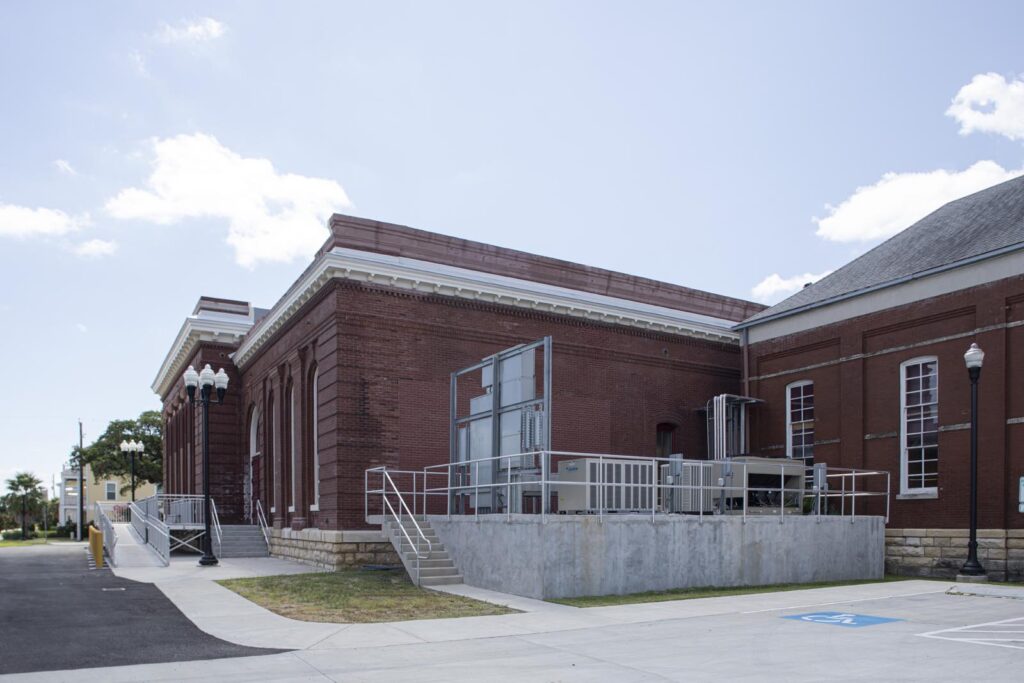 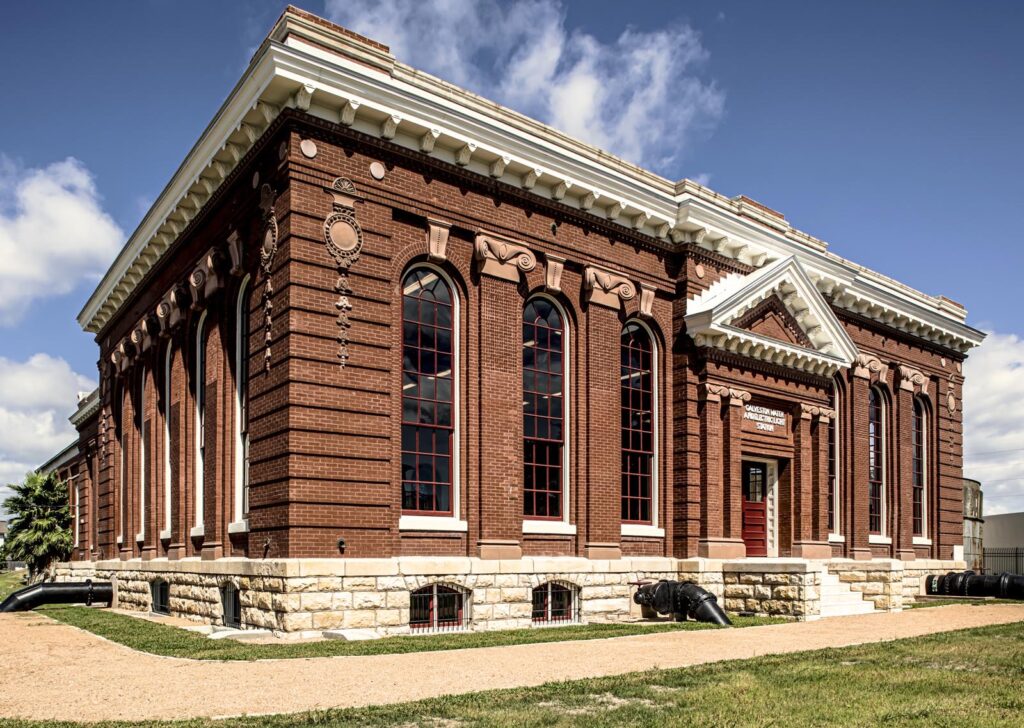 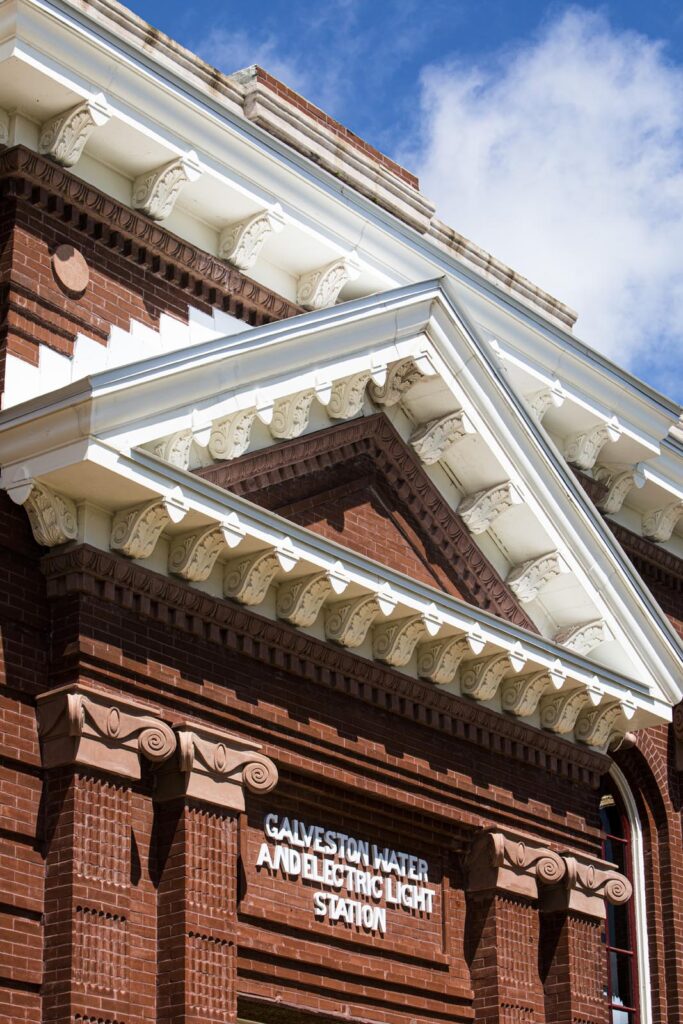